I was inspired by this beautiful photo from a post at Karuna Poole, my friend’s blog  at LivingLearningandLettingGo here she shares a special morning in her garden. 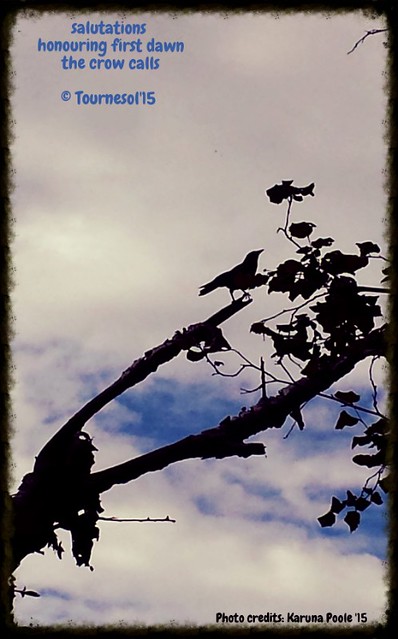 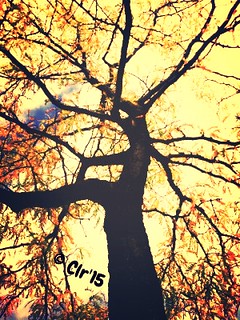 Nothing nicer than a little break with Indian Summer just before the long cold months ahead. The trees are bare, the parks are empty, children back in school all day now.   She sits on the park bench to soak up the warm sun with her parka on her lap.

cups of green tea clink
toast of love and family

It is theMontreal International Jazz Festival that is here now with horns blaring, pianos declaring and sexy throaty singers making our hearts melt. At least a dozen stages outdoors setup in the entertainment district…minutes from cobblestone streets of Old Montreal, China Town and the Old Port. Ten marvelous days and nights of singing, dancing, swaying and slow dancing too.

long-haired tomcat
lazily opens one eye
puzzled as can be

mouse sighs
maternal love for her lump
relieved as can be

At Carpe Diem Tokubetsudesu #49 at the seashore (Vision Quest reprise) we are to write a series of haiku interrelated and the three prompts are:

Having written a few posts in the past few days about the beaches of Maine, I found this easy to put myself back in time to moments like this.

mere gourmands
sift through catch of the day
against the waves

Times change since her passing. On this 22nd day of June, a new birthday ritual will be practiced, today and each year thereafter… 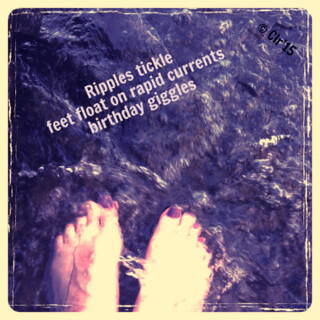 The family would pile in the Chevrolet Impala and drive up the windy roads to Old Orchard, Maine. She loved camping in that pine forest despite sweeping the tent twice a day (or more!) of those dried up pine needles.

The only thing she could not do which was such a natural part of her being, was walking barefoot on that bed of pine needles.  She could walk on gravel and dirt roads but never on that blanket of prickly pine needles.

Their father would leave the girls and their mother for a week while he drove up further to PA on a business trip. Those were the best of times…just the girls, relaxing. Rising only when the sun warmed the tent; toasting bread on the fire and then walking a mile down that shady road surrounded by old wooden cottages and pine trees…so many gigantic pine trees leading up to the beach where they listened to the sounds of rolling waves, seagulls and youngsters giggling…except of course for the odd melodies on their transistor radio…