soothing their angst
a mother’s lullaby
submits them to sleep

taste of those lips
fall into submission
dripping with desire

“Compassion is the foundation of peace.” Amma

The old woman toiled in her garden for days, her heart filled with such hope…

Deep enough
as a love struck poet
versed with compassion

The hall was immense and the mood expectant. Hushed chatter all about was the background sound with the occasional exclamations and hugs of recognitions. Everyone was gathering in parties of two’s, five’s or more. It was hard to see who was alone since “loners” smiled at many faces here and there.

The tension was mounting and the hushed sounds became like clattering plates in the kitchen of a cafeteria.

She was in this city for the first time and longed to see her favourite Rock Star. You know the type of music to your ears that moves you? Do you remember your first encounters with “outstanding” and “rocks your socks off”…hmmmm?

A bell sounds and there is complete silence…the musicians are in place, the fans and VIP fans await…

Blessed
with her presence
the crowd fell silent

blessed
the room filled
with her fragrance

With her presence
transcending
a mother’s love

The crowd fell silent
numbed by her radiance
only hearts beating

(Inspired by Amma’s presence at the Seattle public programme) 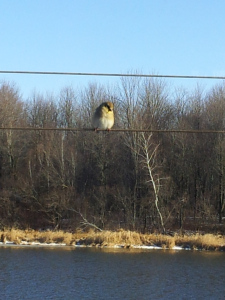 summer’s ruse
sneaking in too quickly
spring’s the wiser 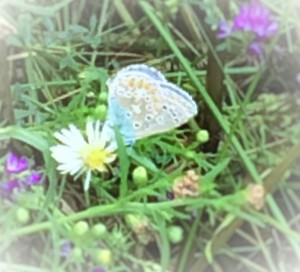 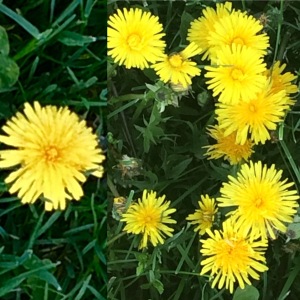 day drawing to a close
hoot of an owl

The ride home last night was a bit annoying. People talked too loudly on the Métro and the bus; the scent of ingested brew permeated the bus and by the time she stood in line to get off, a young man (clueless and tipsy) staggered backwards on her left foot…yes, she was wearing sandals. However, stepping off the bus made it all go away…

A troiku is a new form of haiku created by Chèvrefeuille, see at his blog,Carpe  Diem Haiku Kai